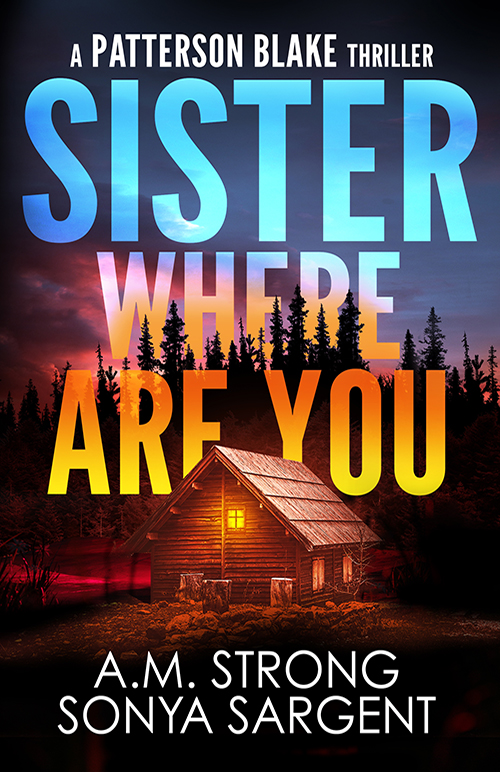 Sister Where Are You

Sixteen years ago, her sister vanished while on a cross-country road trip…

FBI Special Agent Patterson Blake thinks the trauma of her sister Julie’s disappearance is a distant memory. But when she helps raid the lair of a vicious serial killer, her unresolved emotions come crashing back with dire consequences.

Finding herself sidelined, and in danger of losing the job she loves, Patterson fears for the future. Until she discovers new and disturbing details of her sister’s last days. Armed with a fresh sense of resolve, Patterson decides to follow in Julie’s footsteps and do the impossible. Unravel the mystery of what happened to her sister, and why.

But when she stumbles across a sadistic sociopath, a murderer who has been abducting girls for decades and leaving them to die a gruesome death, the young FBI agent will discover that the past is a dangerous place, and those who dwell within are still out there, waiting for new prey.

And in Patterson Blake, they might just have found it…

A taut edge-of-your-seat thriller you won’t want to put down.

Available in e-book, paperback, and audiobook.

A great story, echoing the unnerving chill we all got from The Silence Of The Lambs. Sister Where Are You is a real winner of a story.

This author has never disappointed me! Each book seems to be better than the last! Two thumbs up, way up!

The second full length outing for FBI Special Agent Patterson Blake is another great thriller. A definite good read for fans of Patterson, Deaver and Kava.